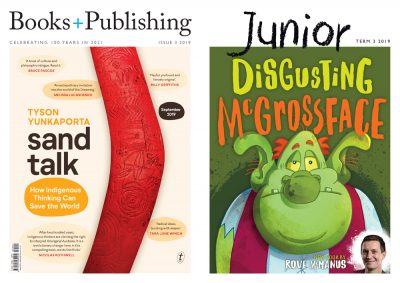 Issue 3 of Books+Publishing magazine is here, featuring Tyson Yunkaporta’s Sand Talk (Text, September) on the cover. Inside, Yunkaporta speaks with reviewer Karen Wyld about his motivations, his wood carving practice and how Indigenous thinking can be beneficial to all Australians. 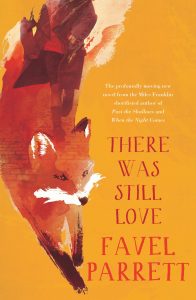 Favel Parrett’s third novel There Was Still Love (Hachette, October) is the only book to receive five stars from the 18 adult reviews appearing in this issue. Reviewer Sonia Nair calls it a ‘meticulously observed and masterfully crafted immigrant story’ with a ‘deeply human story at its heart’. 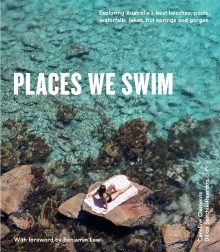 This issue we focus on the work of book designers. Andrea Hanke investigates recent growth in the illustrated travel books market, columnist Jane Curry looks at how Instagram has had a huge influence on book design trends, and Text Publishing designer Jessica Horrocks details her career path in book design. We also hear from the Australian Book Designers Association president Mark Campbell about the trade body’s recent initiatives around improving design briefs and contracts for freelance book designers.

In retailing news, we speak to Adelaide Pop-Up Bookshop owner Kate Treloar about the shop’s recent decision to boycott a major supplier on environmental grounds, and we also canvass booksellers on their reactions to Baker & Taylor’s decision to quit the retail distribution business.

And, our annual Christmas previews cover the biggest books of the gift-giving season, both for adults and children. 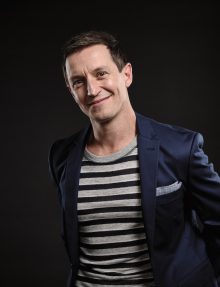 Television personality Rove McManus makes his foray into children’s books later this year with not one but two books for youngsters, both published by Scholastic. The star of McManus’ picture book Disgusting McGrossface (September) graces the cover of this issue of Junior, while younger readers’ novel Rocky to the Rescue!: Rocky Lobstar Book 1 is due in October. Editor Kelsey Oldham speaks with McManus about his two debut books and his hidden talent—illustration. 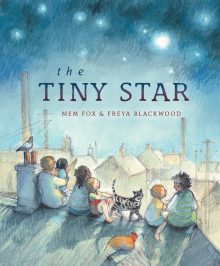 Big names dominate the top-rated reviews in this issue’s batch of 18 kids and YA reviews, with five stars going to both Mem Fox and Freya Blackwood’s ‘stunning’ picture-book collaboration, The Tiny Star (Puffin, October), and Emily Rodda’s ‘perfect introduction to the [fantasy] genre’ The Glimme (illus by Marc McBride, Scholastic, October). Following close on their heels with 4.5 stars is another fantasy novel, H M Waugh’s debut The Lost Stone of SkyCity (Fremantle Press, October), which reviewer Catherine Moller says ‘balances exciting adventure with deft characterisation and a number of genuinely surprising twists’. Moller also interviews Waugh about the real-life inspiration for the book’s setting, writing for a range of reading levels and her background as an environmental scientist.

Also earning 4.5 stars this issue are two picture books: Hilary Bell and Antonia Pesenti’s ‘evocative’ collaboration Summer Time (NewSouth, October) and R Henderson’s ‘extremely clever’ I See, I See (A&U, November), which is designed to be read aloud, call-and-response style, by a pair of readers facing each other over the book.

Danielle Binks investigates the recent growth in illustrated information books for children, asking why young readers are turning back to books as authoritative sources of information, columnist Karys McEwen discusses the ways book design impacts students and librarians, and Mischa Parkee shares her Christmas wishlist for forthcoming children’s and YA titles.

In bookshop news, Brad Jefferies speaks to booksellers across the ditch about how they plan to spend their Puffin grants, and Jane Stratton, founder of multilingual children’s bookshop Lost in Books, shares her bookseller’s diary.

Category: In the magazine

Books+Publishing magazine Issue 2 2017  In the magazine