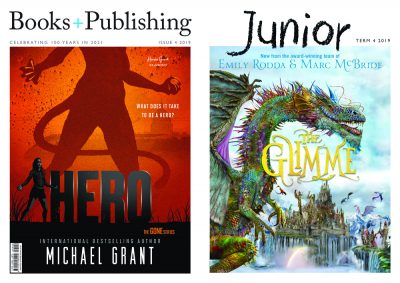 To market, to market: B+P magazine issue 4 out now

Our final print issue of the year has arrived, featuring Michael Grant’s high-action YA thriller Hero (Hardie Grant Egmont) on the cover—the finale to the ‘Monster’ trilogy and a farewell to the bestselling ‘Gone’ universe. In our Junior pages, Bec Kavanagh investigates how the series’ brand has changed over time, speaking with the Hardie Grant Egmont marketing team about their approach to keeping the long-running series fresh and relevant for over a decade. 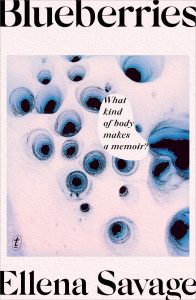 Two nonfiction books received the highest ratings in this issue’s reviews pages, with 4.5 stars apiece: Karen Hitchcock’s ‘accessible, educational and entertaining’ collection of short, connected articles on the problems faced in the modern medical system, The Medicine: A doctor’s notes (Black Inc.), and Ellena Savage’s debut collection of essays Blueberries (Text), described as a ‘breathtaking interrogation of the self in the world’. Other highly rated nonfiction books reviewed in this issue are Robert Tickner’s ‘sensitive’ memoir Ten Doors Down: The story of an extraordinary adoption reunion (Scribe) and Rory Medcalf’s ‘nuanced’ Contest for the Indo-Pacific: Why China won’t map the future (Black Inc.), receiving four stars apiece. 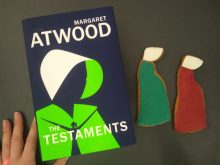 ‘Giving booksellers what they want is the future.’ Or so says Hachette Australia sales director Daniel Pilkington, who spoke with Brad Jefferies about how publishers need to improve the supply of timely, accurate stock data to booksellers. Hachette has spent two years developing its Next Stock Date system to try and do just that, and, in a spirit of industry collaboration, has promised to share what it found with other publishers.

As we head into the busiest time of the year for retailers, we ask three booksellers to evaluate their strategies for handling the year’s biggest release, Margaret Atwood’s The Testaments (Vintage). We also hear from Devonport Bookshop co-owner Tim Gott, who reflects on owning a bookshop in a price-conscious community undergoing the largest urban renewal project Tasmania has ever seen. Tim and his wife, Anne, will be celebrating 25 years of ownership next year—something that, given the spate of recent bookshop closures, is well worth celebrating.

With sales and marketing as our twin themes for this issue, we spotlight several industry professionals who have been doing exceptional work in these areas. Anabel Pandiella from Pantera Press, Tom Saras from Hachette Australia and Sonia Palmisano from Bloomsbury Australia speak with Andrea Hanke about their biggest challenges and successes as marketers. On the sales side of the equation, we hear from longtime PRH rep Gavin Burbidge, who shares his career journey, and in her final column for us, Ventura publisher Jane Curry argues that there are still opportunities for small presses to flourish thanks in part to ‘the serendipity of the publishing game’. According to Curry, ‘We can plan and budget as if we are selling a generic product but the alchemy of the book, the reader and the market can transform a minor title into a blockbuster.’

Our final issue of the year also features our preview of Australian fiction coming in 2020. Keep an eye out for our full 2020 preview, including nonfiction titles, which will be online soon.

Emily Rodda and Marc McBride’s new illustrated middle-grade fantasy, The Glimme (Scholastic), graces the cover of Junior Term 4. Packed with dragons, magic and quests, the book is a ‘perfect introduction to the genre’, according to reviewer Dani Solomon, who interviews the pair about the unusual process through which The Glimme was created. 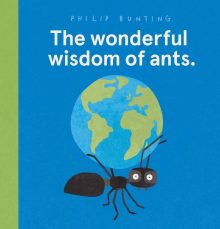 No picture book received less than a four-star review in our Term 4 Junior pages, with two picture books receiving five stars from our reviewers: Philip Bunting’s new picture book The Wonderful Wisdom of Ants (Scholastic) is ‘full of educational snippets and teaches almost by stealth’, while Penny Harrison’s picture book Extraordinary! (illus by Katie Wilson, New Frontier) certainly lives up to its name, with our reviewer calling it ‘magical’ and ‘very special’. Also highly rated, with 4.5 stars, is Heather Catchpole and Nicola O’Brien’s ‘fun’ and ‘incredibly easy to grasp’ coding guidebook for ages 8 to 12, Ready, Set Code! (CSIRO Publishing), and Alison Croggon’s middle-grade debut The Threads of Magic (Walker), described as a ‘sophisticated story of power, friendship and magic’.

Junior columnist Karys McEwen writes about the dos and don’ts of marketing to the gatekeepers who influence the reading habits of children, Bec Kavanagh investigates how tweaking a series brand can be a strong strategy for marketing a YA series, and reviewer Jordi Kerr speaks with Alison Evans about their new YA novel Euphoria Kids (Echo), described as a ‘tender, contemporary fairytale about magic, friendship and gender identity’. And as we race towards the end of 2019, we round up the best Australian children’s and YA books to look forward to in 2020 in our annual preview, while columnist Mischa Parkee shares her top picks for next year.

Category: In the magazine

Books+Publishing magazine Issue 2 2017  In the magazine