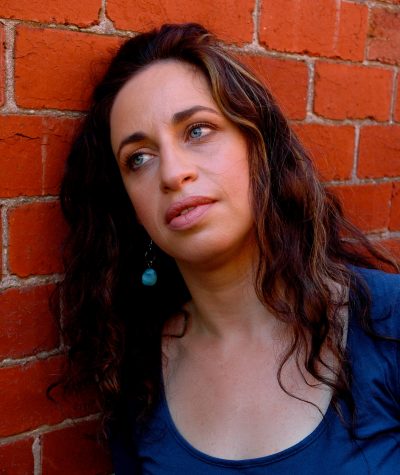 Melbourne-based writer and academic Maria Tumarkin is one of eight winners of the 2020 Windham Campbell Prize, the world’s richest literary prize. Each winner receives a cash prize of US$165,000 (A$290k).

Tumarkin was awarded for her work in nonfiction, including the books Axiomatic (Brow Books), Otherland: A journey with my daughter (Vintage), Courage and Traumascapes: The power and fate of places transformed by tragedy (both MUP). She received a Melbourne Prize for Literature Best Writing Award in 2018 for Axiomatic, which was also shortlisted for a number of awards including the Stella Prize, the Prime Minister’s Literary Awards, the Victorian and NSW Premier’s Literary Awards, and most recently the US National Book Critics Circle Award for criticism.

Tumarkin’s work concerns the interrelatedness of past and present. The Windham Campbell prize judges said: ‘Maria Tumarkin’s inventive writing on our current historical moment shows a relentless empathy and curiosity about the complexities of our world and its uncertainties.’

‘In Axiomatic, for instance, Tumarkin uses a complex play of meditation, storytelling, and reportage to represent the lives of ordinary people with extraordinarily painful pasts … Tumarkin shows us how their pain both shapes them and is shaped by them; how, in a profound sense, their pain is them, just as it is now us, who have heard their stories.’

Tumarkin, who was born in Ukraine, said: ‘My disbelief is not diminishing. Maybe because this feels like a gift of cosmic proportions. I wasn’t born into English, I am that ridiculous person who spent a near-decade writing a small book, I couldn’t even call myself a “writer” till recently without cringing. Just a couple of years ago I thought—time to stop writing. I won’t stop writing now. I’ll do the opposite. My biggest thanks.’

The other recipients of this year’s prize are:

The Windham Campbell prizes were established in 2013 with a gift from the late Donald Windham in memory of his partner of 40 years, Sandy M Campbell. The prize is administered by the Beinecke Rare Book & Manuscript Library at Yale, judged anonymously and has no submission process.

To learn more about the prize and this year’s recipients, visit the website.