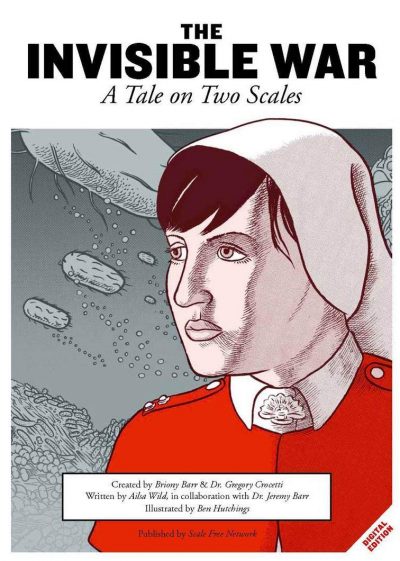 Melbourne-based art-science collaborative and micro-publisher Scale Free Network (SPN) has sold North American rights to the graphic novel The Invisible War (Ailsa Wild, Briony Barr, Gregory Crocetti et al) to Lerner Books’ imprint Graphic Universe. Graphic Universe acquiring editor Greg Hunter described the book, which simultaneously follows a nurse stationed at the Western Front during World War I, and the microscopic battles between the bacteria and viruses lining her intestines, as ‘a totally unique graphic work’. The Invisible War has won a number of awards in Australia, including the overall Award for  Excellence in Australian Educational Publishing. SFN co-founder and microbial ecologist Gregory Crocetti said he hopes the deal will ‘help popularise the use of graphic novels as a medium for science education’.

Wai Chim’s YA novel Freedom Swimmer (Allen & Unwin) has been optioned for film by writer and director Ben Ockrent at Micro Productions UK in a deal negotiated by Brian Cook of literary agency The Authors’ Agent. Freedom Swimmer is inspired by the true story of two boys who swam from mainland China to Hong Kong to escape poverty and oppression.

Walker Books Australia has acquired world rights to an anthology of YA short stories by LGBTQIA+ Australian authors, due to be published in 2019. Kindred: A Queer #LoveOzYA Anthology will be edited by writer and bookseller Michael Earp, and will include internationally published authors such as Christos Tsiolkas, Benjamin Law and Erin Gough.