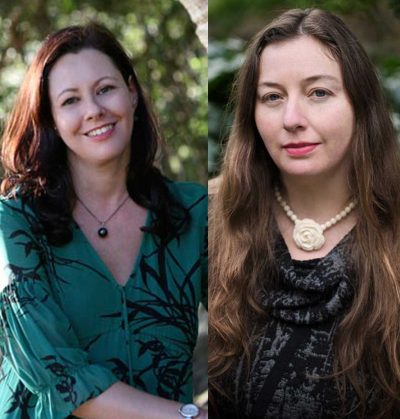 Australian publisher Serenity Press has sold US and Canadian rights to a collection of feminist fairytale retellings aimed at the YA market. Vasilisa the Wise and Other Tales of Brave Young Women (Kate Forsyth, illus by Lorena Carrington, pictured) is the independent publisher’s first sale into the US market.

Rights were sold to Kane Miller and negotiated by Natasha Solomun at The Rights Hive, who was engaged by Serenity in 2017 and took mock-ups of the book to last year’s Frankfurt Book Fair. ‘Within a month or so, we had an offer,’ said publisher Monique Mulligan. Serenity Press will publish a follow-up to Vasilisa in 2019 titled Mollie Whuppie and Other Tales of Clever Young Women and will expand its fairytale list with titles by UK authors Sharon Blackie and Jane Talbot. Solomun will be attending this year’s Bologna fair, representing Australian literary agency Jacinta di Mase Management.

Scribe Publications’ children’s imprint, Scribble, has acquired world rights to a new picture book collaboration by Davina Bell and Allison Colpoys, the creators of The Underwater Fancy-Dress Parade (published in the US by Abrams as Captain Starfish) and Under the Love Umbrella. Bell and Colpoys’ All the Ways to Be Smart is described by the publisher as a celebration of different types of intelligence aimed at readers aged three and up. ‘The text encourages child readers to consider their everyday actions as both clever and valuable—particularly those like creative expression, performance and physicality that fall outside traditional measures of academic achievement,’ said the publisher. Scribble acquired the rights from Pippa Masson at Curtis Brown, with publication in Australia scheduled for October 2018. Author and bookish multi-hyphenate Davina Bell will also be attending Bologna in her role as younger readers senior editor for Affirm Press, representing the publisher’s children’s list at the ‘Hello from Australia’ stand.

Hardie Grant Egmont has sold rights to Australian bookseller Jeremy Lachlan’s middle-grade debut, Jane Doe and the Cradle of All Worlds, in eight territories before publication, most recently to Carolrhoda Books in the US. Hardie Grant Egmont acquired the series in a four-book, six-figure deal in 2017 and has since sold it into the UK (Egmont), Spain (RBA Libros), Germany (Loewe Verlag), Turkey (Dogan Egmont), Hungary (Könyvmolyképző), Italy and Brazil. Pitched as ‘Narnia meets Mad Max’, the title will be released locally in August.

The publisher has also sold US rights to the first two books in Jack Henseleit’s middle-grade horror adventure series ‘The Witching Hours’. Rights to The Vampire Knife and The Troll Heart, were acquired by Kheryn Callender at Little, Brown Books for Young Readers, and Hardie Grant Egmont managing director Annabel Barker told Think Australian the international response has been strong for this debut author, with the series now selling in six territories. ‘We are so delighted for Jack, as a debut children’s novelist, to see this level of success so quickly,’ said Barker.

Adelaide-based writer Cameron Raynes’ YA novel First Person Shooter (MidnightSun) has been optioned for film by Perth production company Factor 30 Films. The coming-of-age story is set in a small Western Australian town and follows teenager Jayden, who grows up feeling isolated and frustrated by his stutter, and copes by losing himself in video games. The novel is MidnightSun Publishing’s first book to be optioned for film and TV rights. Publishing director Anna Solding says she is excited for the deal. ‘First Person Shooter is such an evocative narrative, it will lend itself perfectly to a visual medium,’ said Solding. Raynes’ short story, ‘The Colour of Kerosene’, was adapted for a short film in 2012. Factor 30 Films producers Melissa Kelly and Ryan Hodgson’s previous films include Blame (2010) and Hounds of Love (2016).

And in case you hadn’t heard the news, Pan Macmillan Australia has announced it will publish a new novel by Australian YA author Markus Zusak in October. The Australian and international book world has been waiting on the promised new book, Bridge of Clay, for some time. It comes 13 years after publication of The Book Thief in 2005, and tells the story of a boy who agrees to help his father build a bridge in the wilderness. Pan Macmillan Australia publishing director Cate Paterson said Zusak began thinking about and writing chapters of Bridge of Clay over 20 years ago and ‘it was worth the wait’. ‘It preceded The Book Thief, and then The Book Thief became a phenomenon and Markus was pulled away from it. Finally it has arrived [and] Bridge of Clay has exceeded all our expectations,’ she said.

Other recent rights sales of Australian children’s and YA titles include: