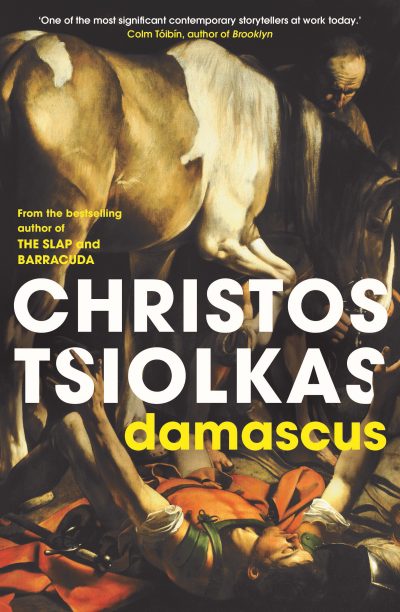 The winners of the prestigious Victorian Premier’s Literary Awards have been announced. Christos Tsiolkas’ Damascus (Allen & Unwin) picked up the prize for fiction, Sea People: The puzzle of Polynesia (Christina Thompson, HarperCollins Australia) for nonfiction, Nganajungu Yagu (Charmaine Papertalk Green, Cordite Books) for poetry and How It Feels to Float (Helena Fox, Pan Macmillan Australia) for YA.

Ilka Tampke’s historical fantasy Songwoman (Text) has won the Small Press Network’s Most Underrated Book Award (MUBA), which is designed to uncover ‘hidden gems’. The judges described Songwoman—set in Britain during Roman occupation—as a ‘wonderfully escapist epic, bound to draw in lovers of historical fiction and fantasy—with an engaging narrative and a relatable hero’.

Tim Winton has won the Voss Literary Prize for The Shepherd’s Hut (Hamish Hamilton), a coming-of-age drama set in the Australian outback; and journalist and author Leigh Sales has won the Walkley Book Award for excellence in Australian nonfiction for Any Ordinary Day (Hamish Hamilton), which explores how tragedy can affect people. Robyn Cadwallader recently won the 2019 ACT Book of the Year for her novel Book of Colours (HarperCollins), while the winners of the Tasmanian Premier’s Literary Prizes were announced in early December.

Also announced in recent months were the longlist for the Stella Prize for Australian women’s writing and the shortlists for the independent bookseller-voted Indie Book Awards.

Several Australian books have been recognised in recent international awards. In the US, the picture book Room on our Rock (Kate & Jol Temple, illus by Terri Rose Baynton, Scholastic, published in the US by Kane Miller)—which explores the treatment of refugees through the story of a seal community—has won the NCTE Charlotte Huck Award for outstanding fiction for children.

Maria Tumarkin is a finalist in the US National Book Critics Circle Awards for her book Axiomatic (Brow Books, published in the US by Transit Books), ‘a boundary-shifting fusion of thinking, storytelling, reportage and meditation’.

Josh Niland’s The Whole Fish Cookbook (Hardie Grant) has won the Food Award at the André Simon Food and Drink Awards in the UK.